While most visitors flock to Koh Tao for its golden sandy beaches and to check out the underwater life, there is plenty of wonderful nature to see on land too, and particularly in the way of birdlife. Over the years, some residents have become particularly passionate about the islands static and migratory bird populations, and some great new developments have occurred as a result.

Long term resident Chris Clark set up a Birds of Koh Tao Facebook group where twitchers can share pictures and videos of their bird sightings. Here on Koh Tao, we are lucky to experience several migrations throughout the year. During these migrations, you can see large numbers of various bird species ranging from birds of prey, large flocks of Asian Openbills, flocks of colourful Bee Eaters and a huge world-class colony of Bridled Terns. We also have some unique native species with incredibly healthy populations. In fact, several Thai ornithologists have remarked that our Green and Pied Imperial Pigeons, Indochinese rollers, Dollarbirds, and Hill Mynas all appear to be very healthy, despite our island location (islands generally have around 70% fewer birds than mainland locations). In addition, you can also see several species of Kingfisher on Koh Tao, including the much sought after Ruddy Kingfisher. Mangrove Whistlers can be spotted regularly, and we also have a healthy population of White Bellied Sea Eagles. The holy grail for bird watchers on Koh Tao, however, is the Nicobar Pigeon. Only recently confirmed as a resident species, it is great news that it’s previously isolated habitat is expanding, and offers patient bird watchers a great opportunity to try and spot one during their stay on Koh Tao.

Caring for the Birds of Koh Tao

As the birding community on Koh Tao grew, it expanded to include our local vet, Dr Jae Supaphon Intarasksa of the Koh Tao Animal Clinic. Jae introduced some Thai ornithology experts to the collective, and now the Birds of Koh tao group includes representatives from the Bird Conservation Society of Thailand, ornithology professors, various field experts, guide book authors, and passionate birders from all over the world. Many of these supporters have generously given their time to help with identification and behavioural traits, which has made progress much faster.

As a result of the Birds of Koh Tao, people now have another place to reach out when they come across injured or distressed birds. Working together with the Animal Clinic and the National Parks of Thailand, Chris designed and built a large aviary on his land next to The Gallery and The Gold Bar, which is used to care for injured birds. So far, the Koh Tao community has risen brilliantly to the task at hand, bringing injured birds either straight to The Gold Bar or the Animal Clinic so they have the best fighting chance. To date, many species of bird have been successfully rehabilitated and released, including a longer-term resident called Eddy, a white-bellied Sea Eagle with a broken wing.

Looking to the Future

In the future, it is hoped that Koh Tao may join the main circuit of Southeast Asia bird watching locations, bringing a significant number of eco-tourists to the island. While conservation was always the primary goal of the Birds of Koh Tao group, it’s also about raising awareness among both Thai and foreign populations to help people understand the economic importance of maintaining a healthy island ecosystem. To that end, Chris and his team have cleared 7 rai (nearly 3 acres) of destructive invasive plant species and are continuously propagating, growing, and planting local trees in an effort to create a pristine bird sanctuary and demonstrate how business and nature can live in harmony. 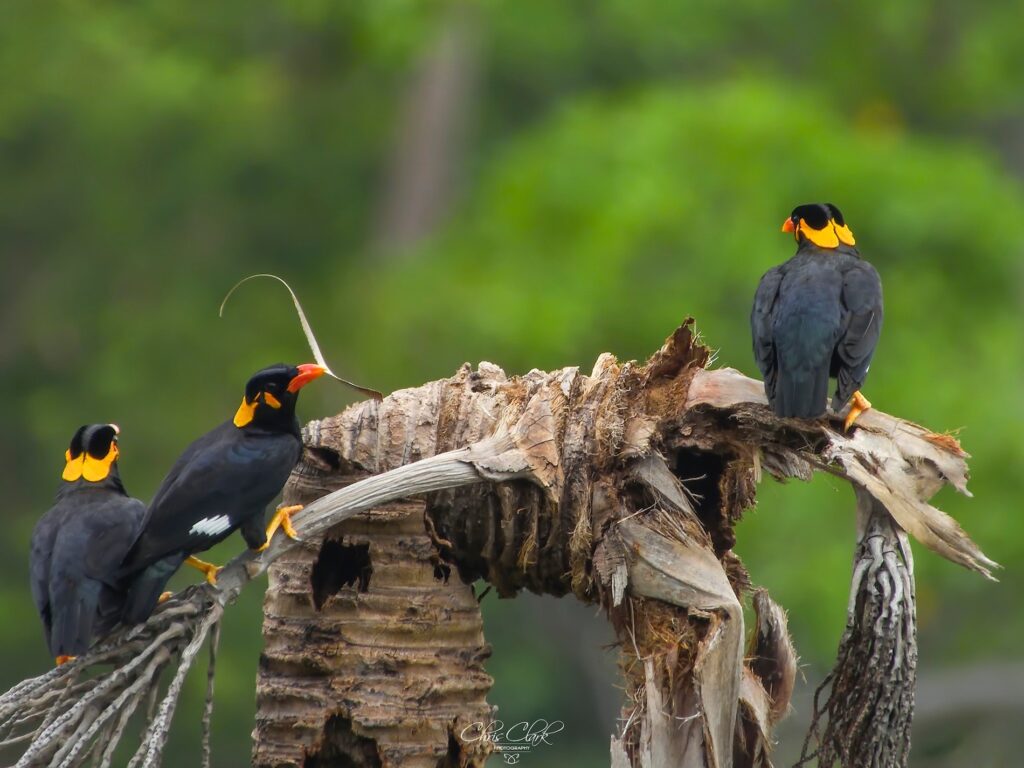 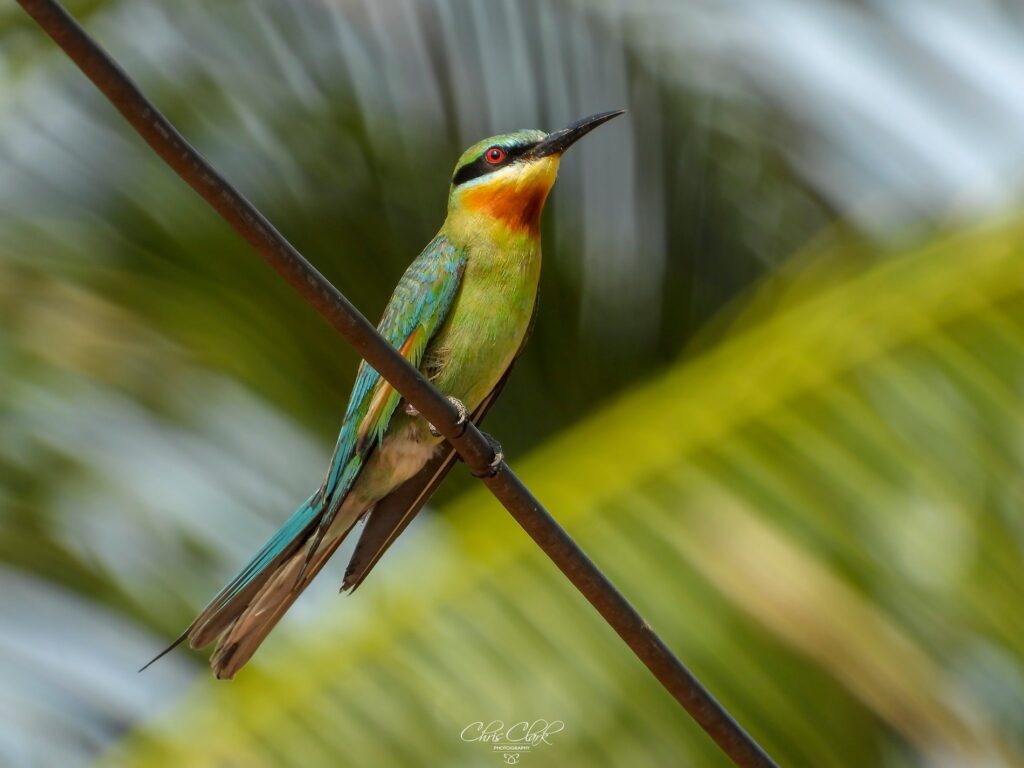 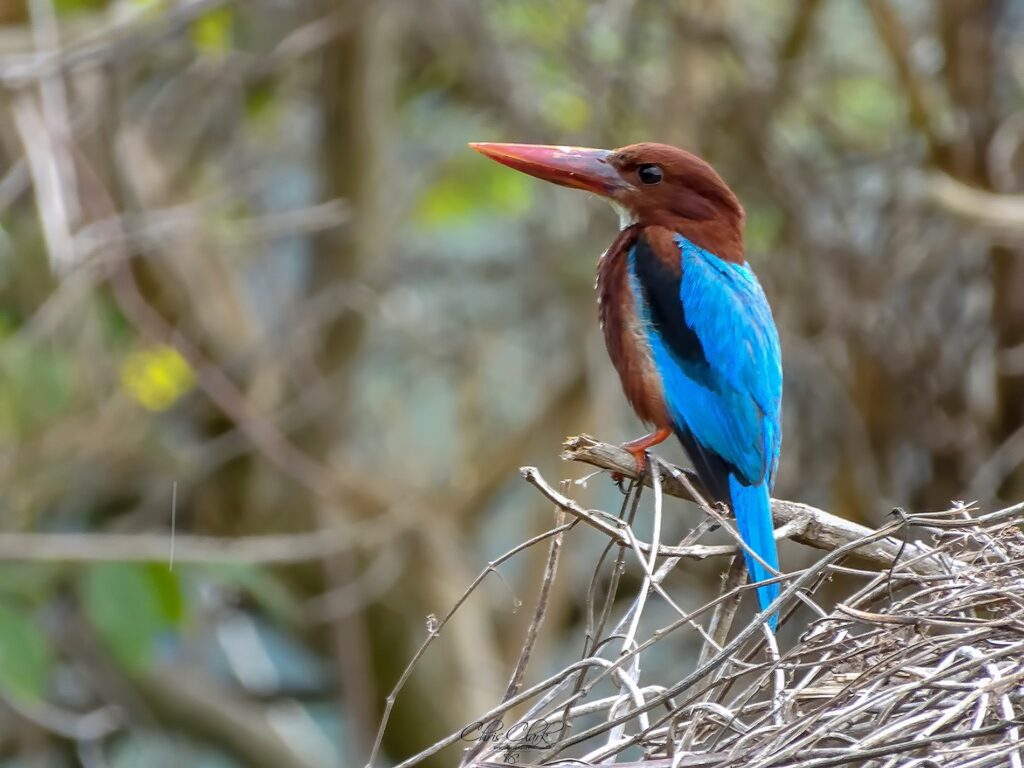