Swim for Sharks is a fundraising event for shark and marine conservation operated as a partnership between Big Blue Diving and Shark Guardian, which is a shark and marine conservation charity. The event runs annually and normally takes place in August. Since the very first Swim for Sharks was held in 2008, the event has raised hundreds of thousands of baht for worthwhile oceanic causes.

As the name suggests, the primary focus of Swim for Sharks does involve some swimming! The main event is a 3.4 kilometre competitive swim around Koh NangYuan Island, although there is also a snorkel race for those who don’t want to be too competitive or simply want to join in at a more relaxed pace. The idea is that all competitors raise sponsorship for their swim, and all donations go to Shark Guardian to support marine conservation, education, and research.

Many island locals get quite competitive about their Swim for Shark training, and first place on the winners’ podium is a coveted position! In the grand scheme of things, it’s all just a bit of fun though, and there is lots more going on besides the swim to help raise funds for worthy shark and marine conservation causes:

Even if you don’t take part in the swim, it’s definitely worth joining for a night of fun in the evening. Big Blue normally hosts a party extravaganza in their beachfront bar on the night of the adult swim race. So if you are here in August, check out the dates and get involved! 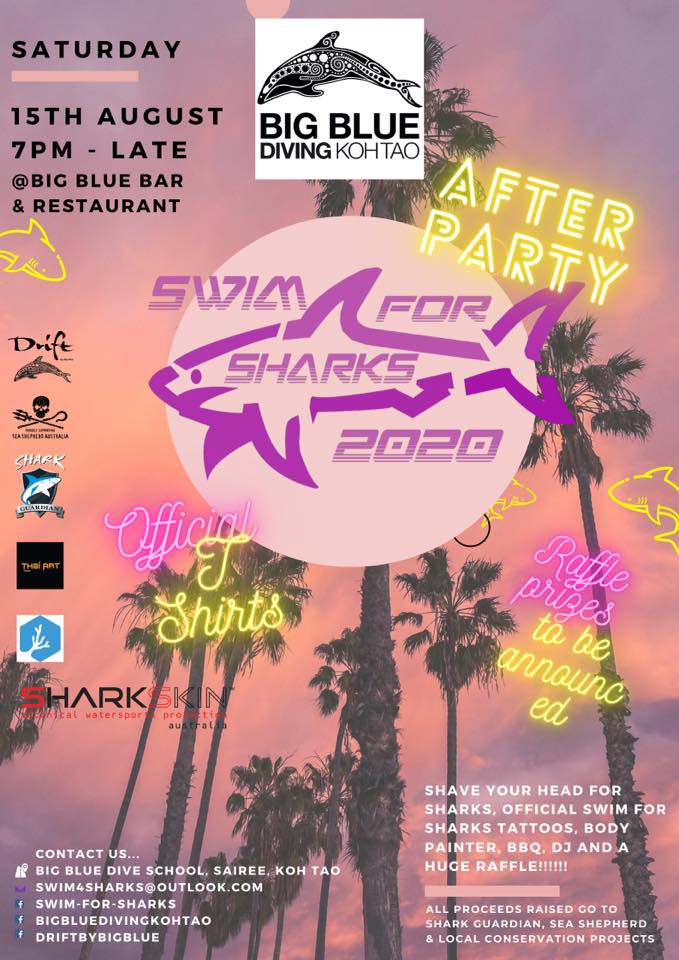